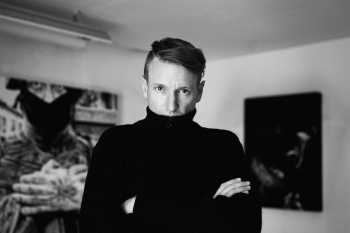 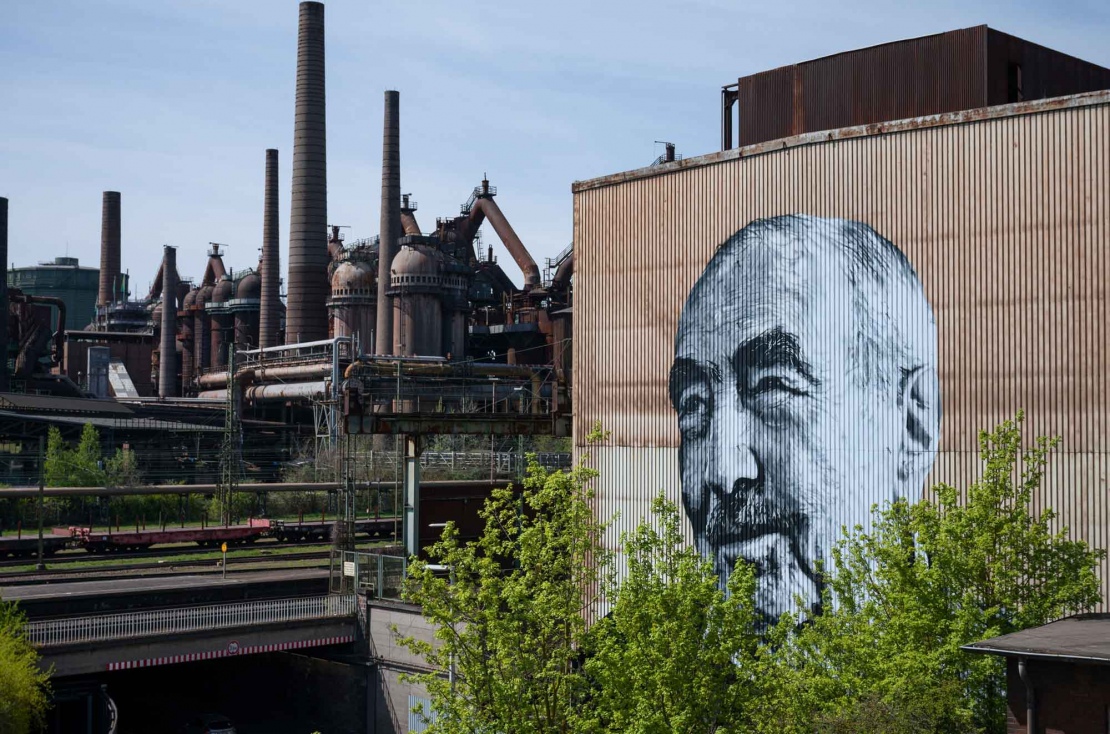 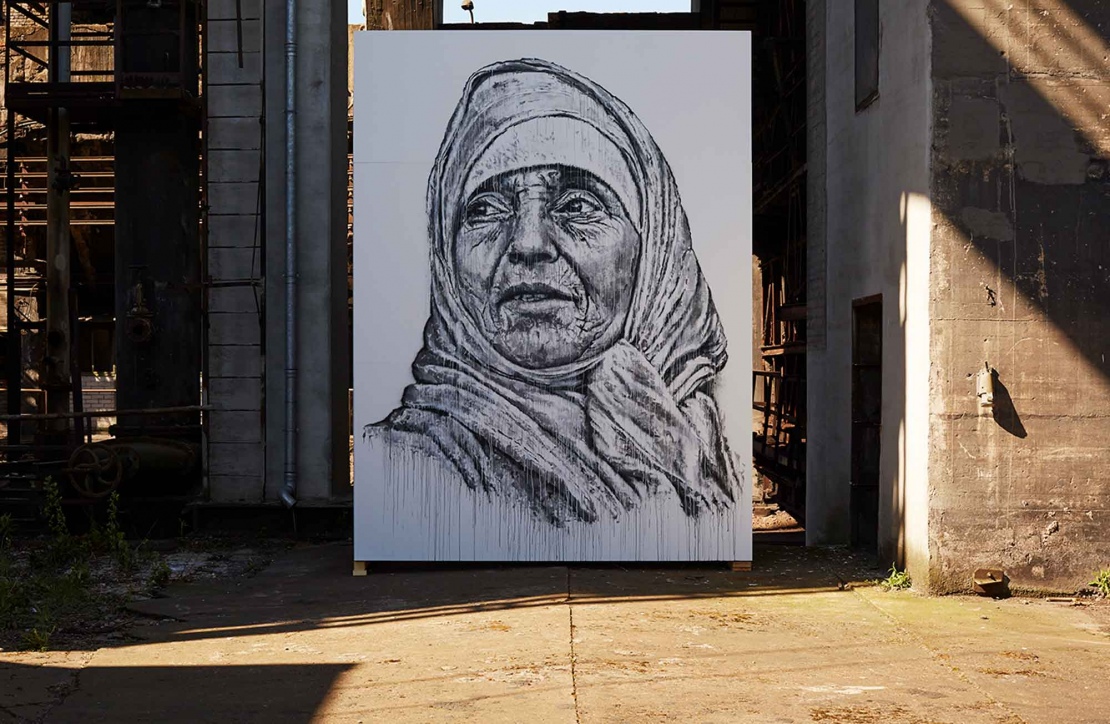 In his project Tracing Morocco, which Hendrik Beikirch initiated in 2014, the artist portrays people encountered during his numerous visits to the Maghreb. Fascinated by the diversity of Morocco, as well as by the pride and joie de vivre of the country's inhabitants in the face of the oft-harsh living conditions, Beikirch set himself the goal of recording the special aura of the people he has met on the roads of the remote interior and in the mountain villages. With his portraits, he preserves the memory of the people and the handicrafts they practice, which are based on a wealth of knowledge that has been passed down for generations—but which, in this modern world, could soon all be a thing of the past. Beikirch initially produced his portraits in conventional format on canvas during an artist residency at Jardin Rouge, near Marrakech. In 2015, however, he began to render them on urban walls all over the world. And thus Beikirch's tribute to the traditional potter Rakouch Timallizene, who in all probability would have otherwise remained nameless and faceless, is now to be seen at the World Heritage Site Völklingen Ironworks.