One dark chapter in the history of the Völklingen Ironworks is its use of forced labour in both worlds wars.

What is forced labour?

"Forced or compulsory labour" is all work or service which is extracted from any person under the threat of a penalty and for which the person has not offered himself or herself voluntarily.  ILO Forced Labour Convention, 1930 (No. 29), para 1.

This is how the International Labour Organization (ILO), founded in 1919 as a permanent institution of the League of Nations and today the oldest sub-organisation of the UN, defined the concept of forced labour in 1930 and banned it in the "Convention on Forced and Compulsory Labour" of the same year.

The prohibition of forced labour was triggered by the practices employed in trying to cope with the shortage of labour in the First World War. Admittedly, the use of prisoners of war was in line with the Hague Convention, and was practised by most of the belligerent states. During the course of the war, the transition from voluntary recruitment to forced labour became increasingly fluid among civilian forced labourers. Above all, employed people were brought from the occupied territories, including Belgium, Lithuania and Russian Poland, to the German Reich, where they were used for forced labour.

According to the company chronicles, up to 1,446 forced labourers worked at the Völklingen Ironworks between 1915 and 1918, most of them from Russia and Belgium. The names, date of birth and origins of the 143 forced labourers of both genders from Poland, Russia, Belgium, France and Italy who died at Völklingen are registered in Völklingen's death register.

Forced labour, a documentation in pictures 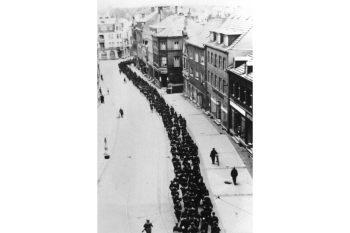 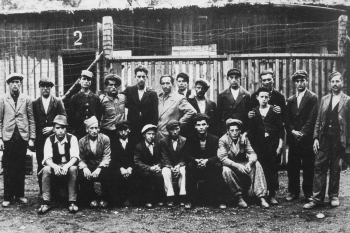 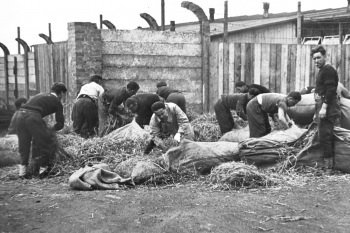 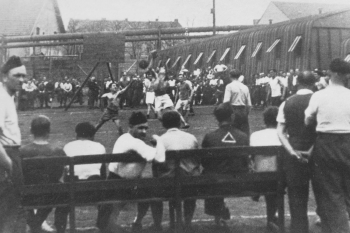 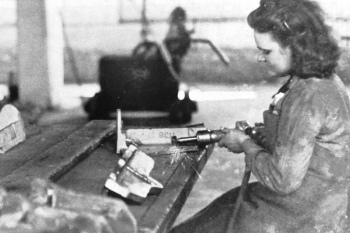 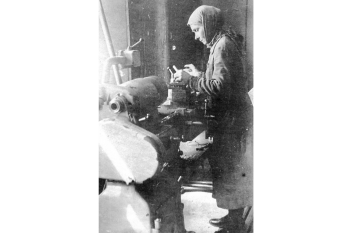 When labour shortages were experienced again during World War II, Nazi command staff and major German industrialists remembered the previous war's recruitment measures for forced labour. There were not in the slightest bit interested in the ban on forced labour. Germany had withdrawn from the League of Nations after Hitler seized power.

Hermann Röchling played a special role with his leading functions in the German Reich (Third Reich). As a "Wehrwirtschaftsführer" ("war industry leader"), member of the Armaments Council, Chairman of the "Reichsvereinigung Eisen" (Imperial Iron Association), and Reich Commissioner for Iron and Steel in the Occupied Territories, he was heavily involved in the recruitment and deportation of forced labourers from the occupied countries of Europe to the iron and steel works of the entire German Reich. They ran under the name of "Röchling-Programm", "Röchling-Aktion" or even  "Röchling-Transporte" .

In all, a total of some 70,000 foreign workers and prisoners of war worked in the Saar district's mines, mills and factories in World War II. A total of 11,974 men, women and children were registered as forced labourers at the Völklingen Ironworks and its auxiliary plants. Among them were French, Italian and Russian prisoners of war, and Russian and Ukrainian civilians who had been deported from the then Soviet Union.

Most of them could only be persuaded to participate in the production of weapons that would be used against their home countries by using or threatening reprisal. The most important coercive instrument was the company "work rehabilitation camp" at Etzenhofen, which the Röchling Iron and Steelworks used to "discipline" its workers. After working their shifts, "recalcitrant" foreign workers were taken there and punished by being deprived of sleep and forced to do drills. During the day, these workers were assigned the toughest and most dangerous work.

Forced labourers from the Soviet Union, known as "Ostarbeiter" ("Eastern workers") were subjected to particularly brutal reprisals. As a result, they suffered a much higher death rate than the others. Working conditions were discriminatory and inhumane. 261 foreign workers, mostly forced labourers, died, among them 60 children and infants.

Even in the 21st century, human trafficking, forced labour and child labour remain a fundamental challenge for the international community. The ILO estimates that worldwide, 40 million people are affected by modern forms of slavery. While the victims suffer from the consequences of exploitation, the perpetrators generate profits that amount to billions of dollars. The private sector alone, which employs around 90% of forced labourers, makes 150 billion US dollars in illegal profits every year – 47 billion of them in Europe and other industrialised nations alone. The profit in industrialised countries is many times higher than in developing countries.

The forced labourers | Place of commemoration at the Völklingen Ironworks

Lists of forced labourers in the two world wars