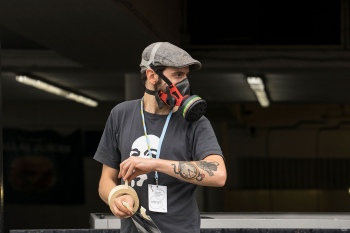 Born in 1986
Lives and works in Belgium 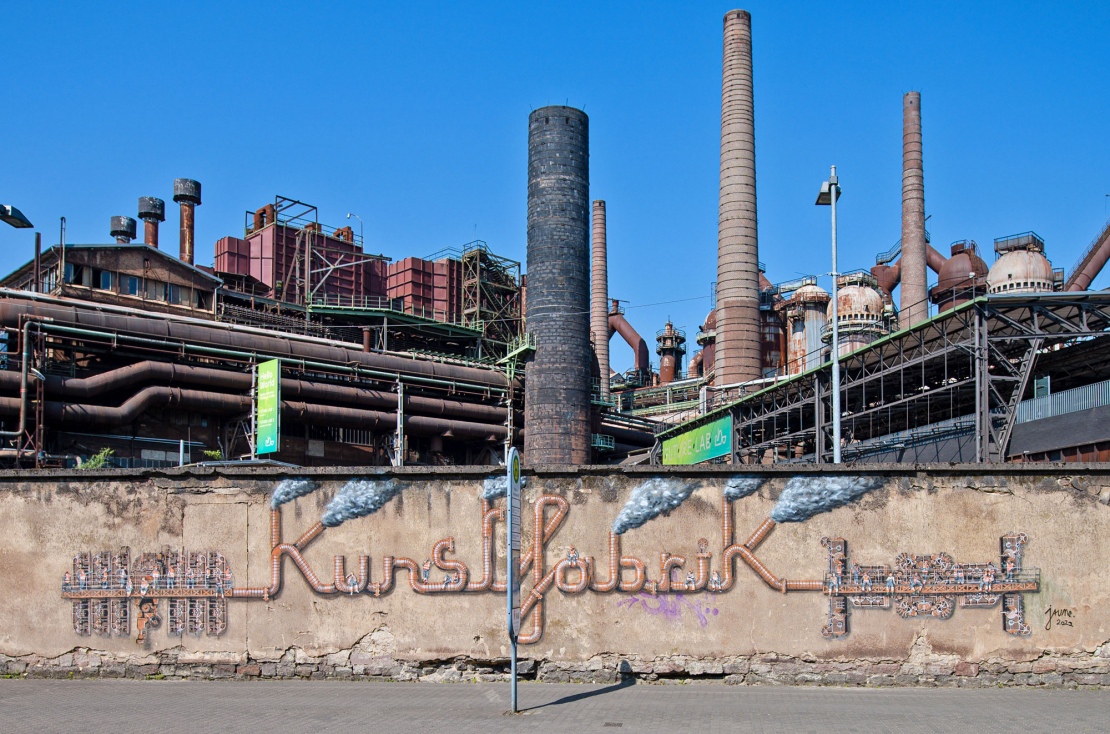 The Belgian Jaune has become known for his stencil works of miniature garbage men in urban spaces. They are often overlooked, despite the signal colors of their work clothes, much like the real-life city cleaners among whom the artist himself once belonged. Jaune’s attention to detail is evident in his site-specific work, Kunstfabrik (Art Factory), created especially for the Völklingen Ironworks and affixed to the outer wall of the square. The titular lettering consists of pipes and vents of the kind that the Ironworks has in abundance, populated by Jaune’s typical figures – at first glance, anyway. For in this context, the garbage men become smelter men, marked by their work clothes in gray and orange, like those worn by today’s workers at Saarstahl. Kunstfabrik clearly refers to the industrial past of the Völklingen Ironworks, but also to its present role as a hotspot for art and culture – a symbol of structural change. If you keep your eyes open, you will encounter more miniature workers at the Völklingen train station – this time identifiable with yellow and orange outfits as members of the city cleaning service.