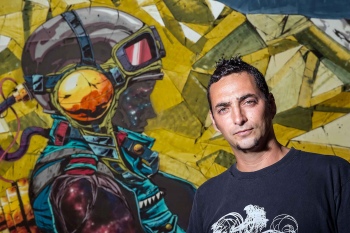 Born in 1978 in Valencia, Spain
Lives and works in Torrevieja, Spain 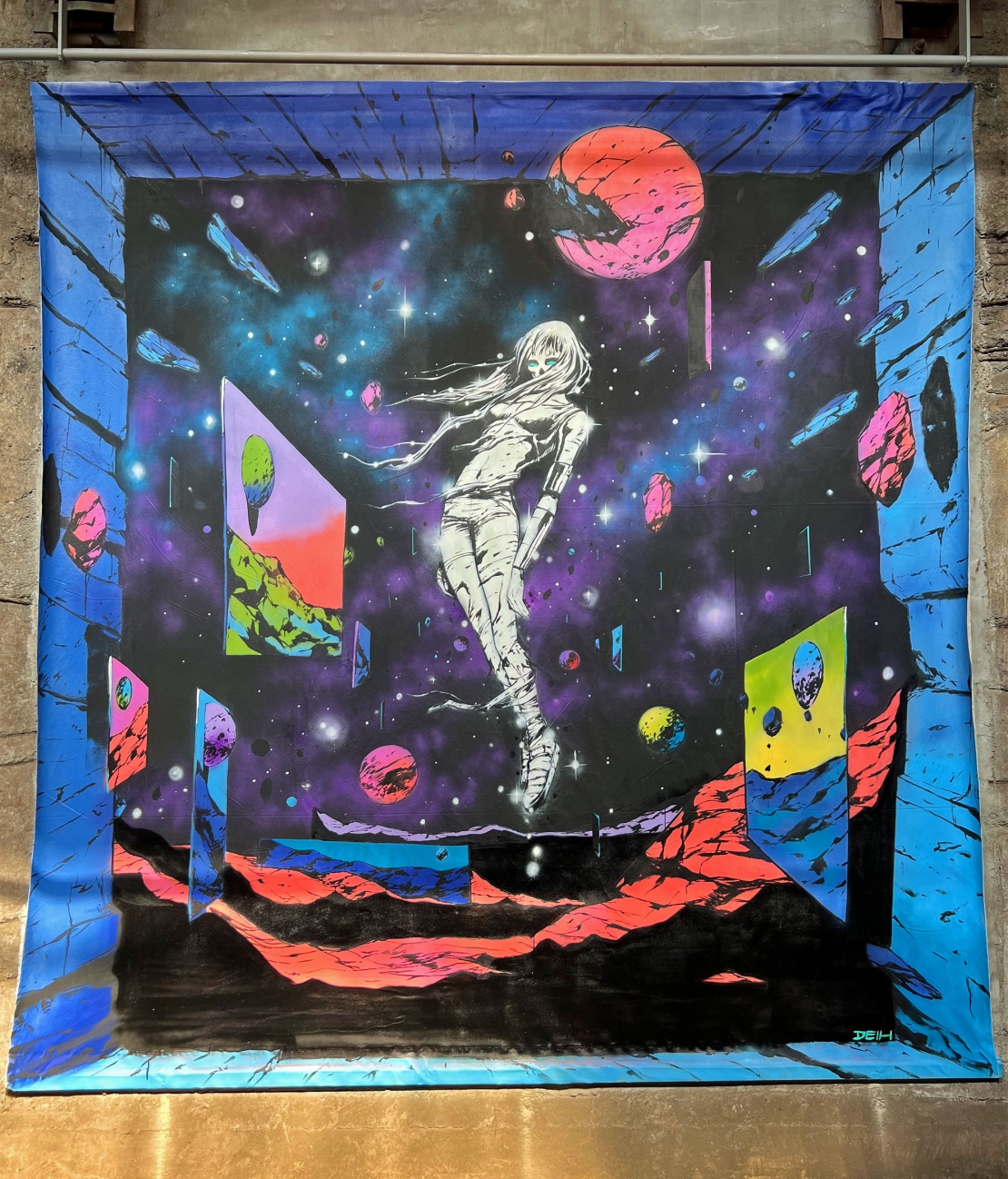 His career path as an artist has been diverse: Having worked for commercial clients as a mural artist, animator, and illustrator, Deih, who is from Valencia, has been active in graffiti since the 1990s and now concentrates on independent projects. They are characterized by a strong orientation toward the art of comics. Deih’s visual universe, between the comic-book series Tank Girl and the illustrator Jack Kirby, is filled with the specific pathos formulas of graphic novels. The result is, however, not the formalistically distance exercises of Pop Art but rather, quite the opposite, monumental, illustrated narratives. Universes overlap, break down, flow together, populated by fantasy girls and space cowboys, perhaps stranded on the Milky Way or in the menacing sci-fi city Freeside from the computer game Fallout.
In The Brightest Light, a female figure is floating in the center. She is surrounded by panels that are like mirrors of other worlds. On closer inspection, her half-covered face recalls a death’s head, and the bands around her limbs the bandages of a mummy. “A whole that never ceases to happen,” says Deih, “live and death, the brightest light.”