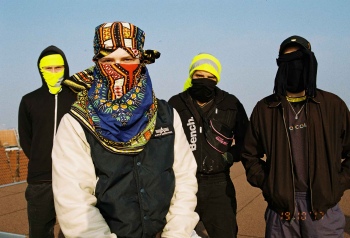 All Colors Are Beautiful 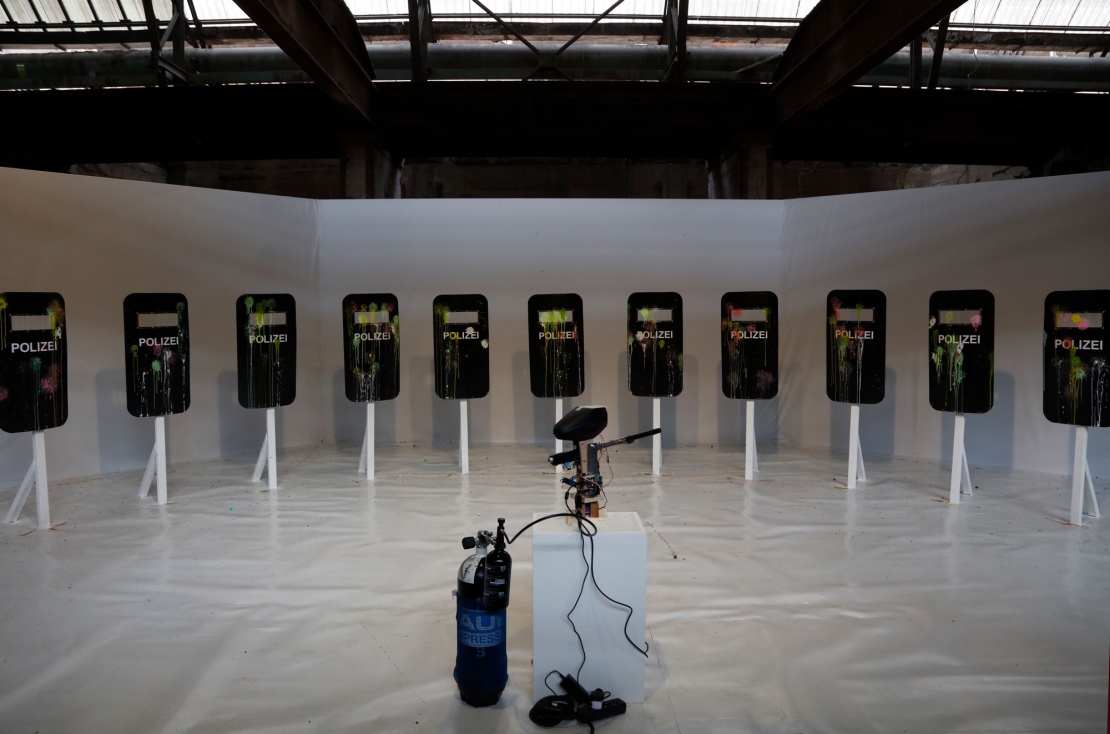 For several years now, Rocco and his brothers have been making a name for themselves as an activist, urban-art collective with a graffiti background. At times the Berliners install an enigmatic room in subway shafts, other times they organize an illegal but professionally staged play there. They frequently address governmental bodies and structures, which they criticize as being merely superficially liberal and in favor of economic interests. Their installation All Colors Are Beautiful makes reference to the ACAB slogan, which is used across the world as a generalized expression of anger and rejection of repression and governmental forces of order. The installation here temporarily relocates the societal warzone into the playful sphere of a paintball arena. The allusion here to the throwing of "paint bombs" during demonstrations can be perceived, like the painting of trains, as a symbolic and colorful act of resistance.