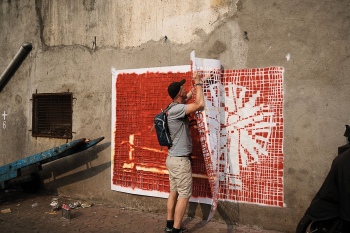 Born in 1979 in Innsbruck, Austria
Lives and works in Vienna, Austria 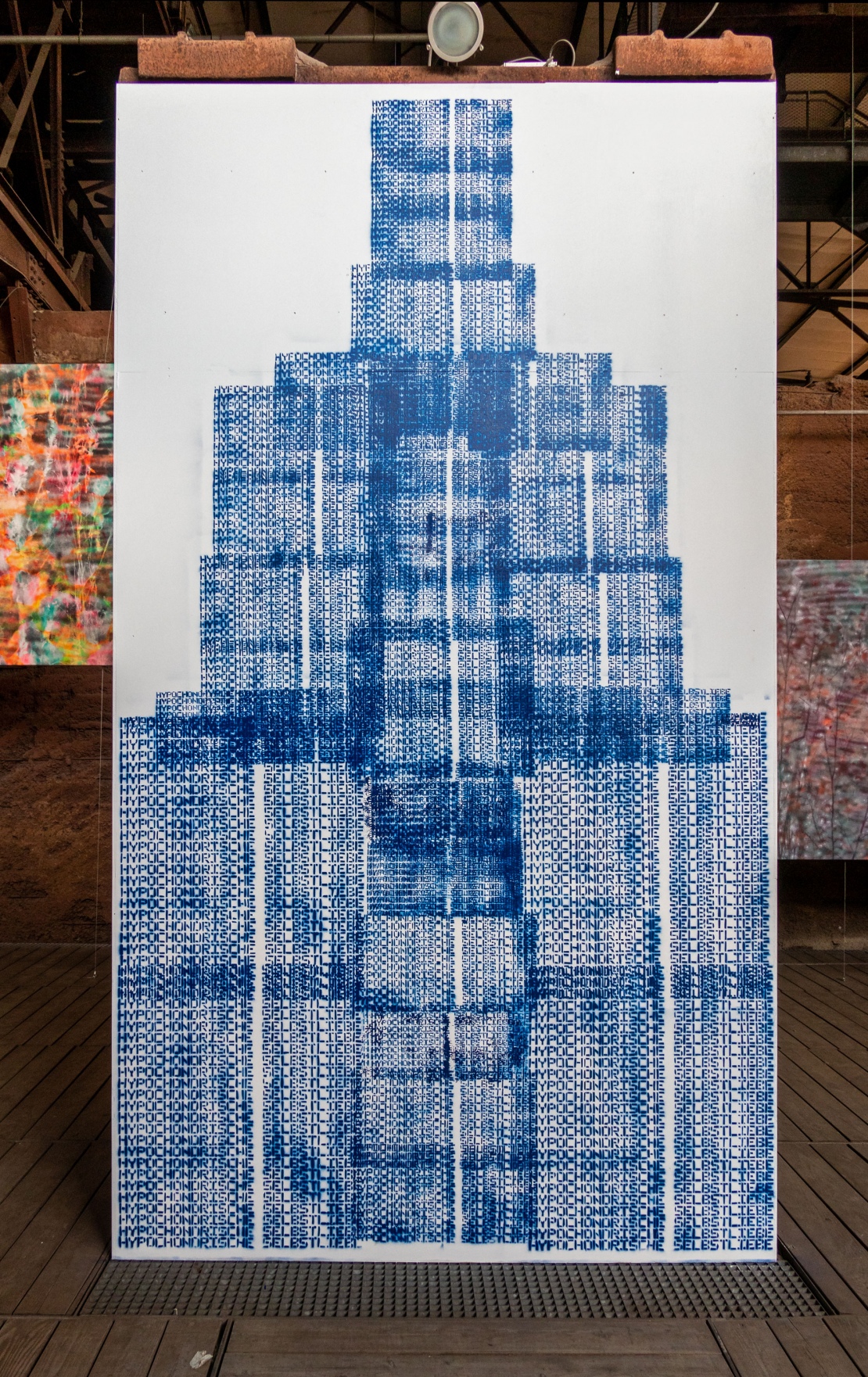 The Vienna-based artist Oliver Hölzl did not – as is often the case – come to street art from graffiti; he began to experiment with stencils due to his enthusiasm for Banksy. At first he worked representationally and figuratively with an unusual, net-like stencil technique. On his numerous travels, he began trying out painting with stencil technique in public spaces, portraying groups of people, for example. In exhibitions, he then shows his stencils backlit as cut-outs. At the Völklinger Biennale, Hölzl presents two works from a new series in which phallic buildings are created from slogans and words layered on top of each other, which he sees as symptomatic of our epoch. The word superimpositions here are also reminiscent of the famous falling rows of numbers from the opening credits of the Wachowski siblings’ Matrix films. Hypochondriacal Self-love drives homo digitalis in the information age to scroll on forever without orientation, without realizing that too much of everything (Trop de tout) deprives him of freedom. According to Hölzl, “confronted with so much information and so many opinions that you can no longer filter them,” modern man has become incapable of “formulating a thought of his own.” 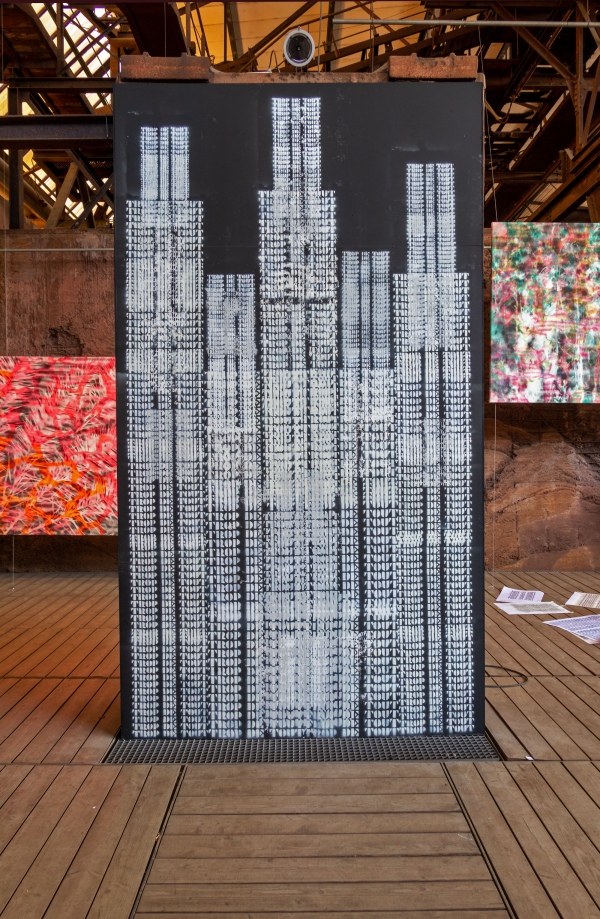