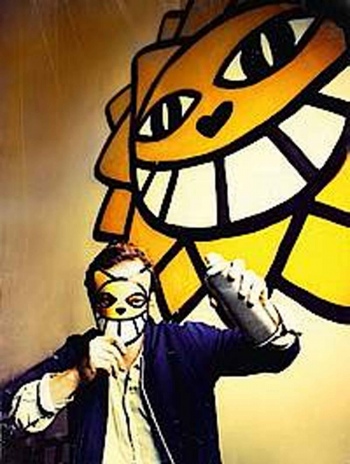 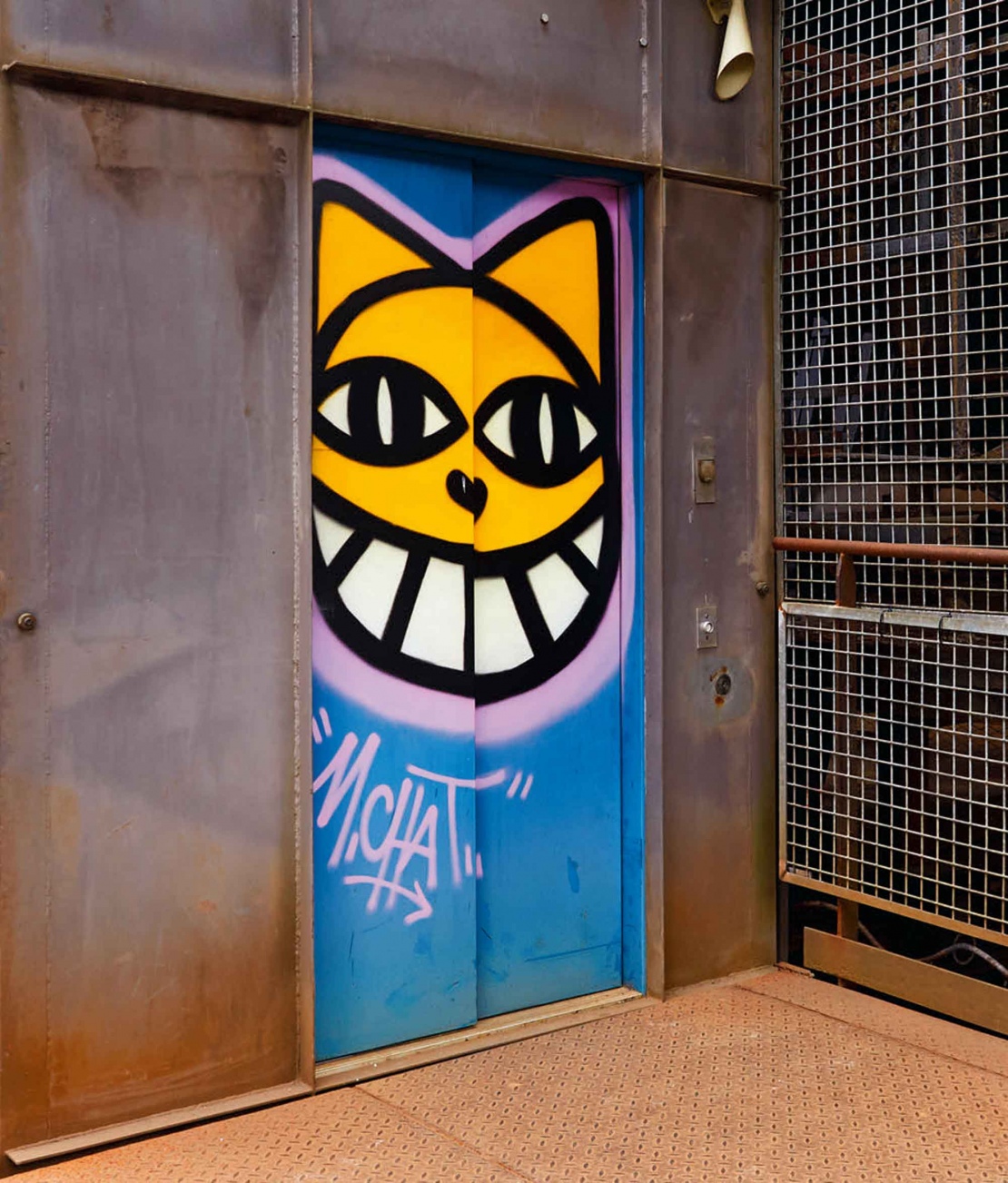 The hot cat on the tin roof. A cheeky grinning yellow street cat has quite deservedly become an urban cult figure. The favorite stomping ground of this likeable animal are crazy spots above the rooftops of the city. People ask themselves in wonder: How could the painter get up there at all? But this is precisely the materialized mystery, the proof that the supposedly impossible is possible, the forbidden yet feasible. The key to understanding graffiti. Monsieur Chat – does the name refer only to the cat itself or also to its creator? Probably both. Thoma Vuille, as the artist behind the cat is officially known, began painting the figure on walls uninvited in 1997. The cat first appeared in Orléans, then haunted the capital of Paris and has since then been spotted in world metropolises from New York to Tokyo, as well as in Africa or the Balkans. Since 2015, it has also been grinning at visitors to the Völklingen Ironworks.