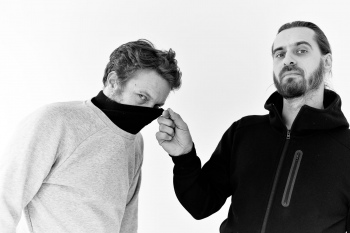 May the Bridges I Burn Light the Way 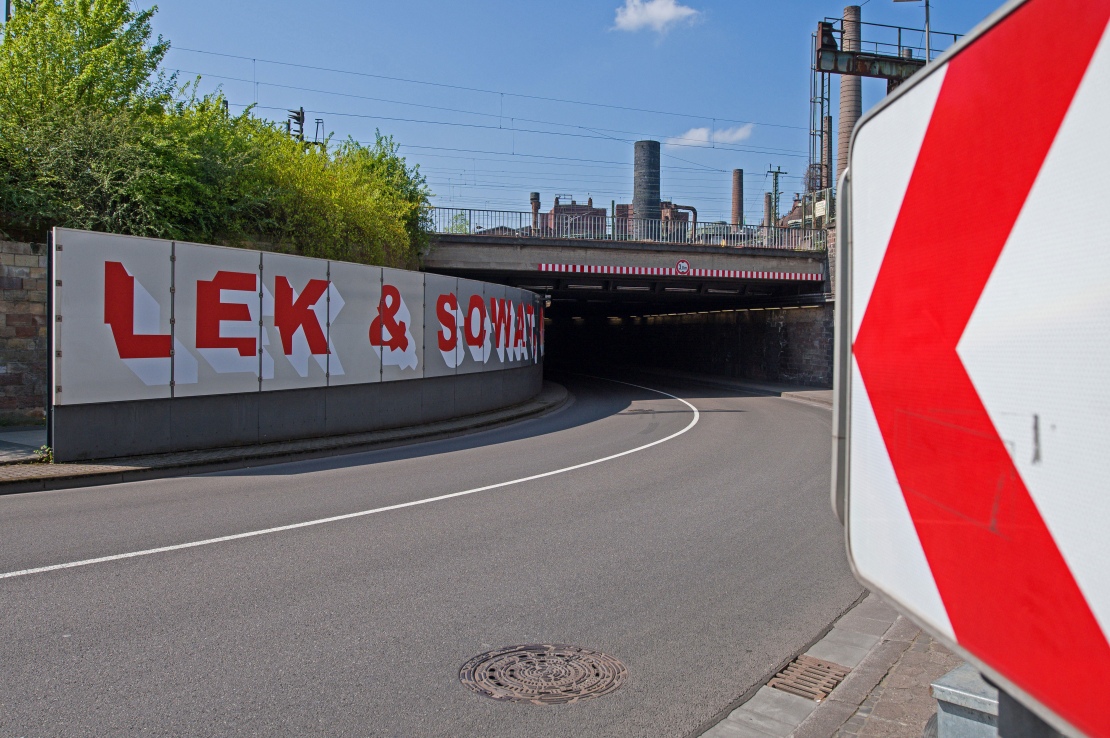 The French duo Lek & Sowat have been working together since they met at a group exhibition in Paris in 2009. The path from subcultural graffiti “bombing” to conceptual intervention in public space (and back) is shorter than one might think: massive lettering along urban and peripheral traffic infrastructures, strikingly executed, originally designed. Only the content has undergone a shift: the focus is no longer on the artist’s own name, but on poetic or self-reflexive reference. The lettering “LEK & SOWAT, MAY THE BRIDGES I BURN LIGHT THE WAY, 2022, VÖLKLINGEN” is emblazoned with foil and acrylic on the glass partition wall along the underpass between the Völklingen Ironworks and the train station. The letters, in red and white on gray, are reminiscent of phantom images in their design, which corresponds to the social symbolism of graffiti and also makes one think of urban hacking. By placing work and work information in one medium, Lek & Sowat intend to “physically connect the museum to the city” and at the same time “talk about the difficult decisions we had to make as artists.” 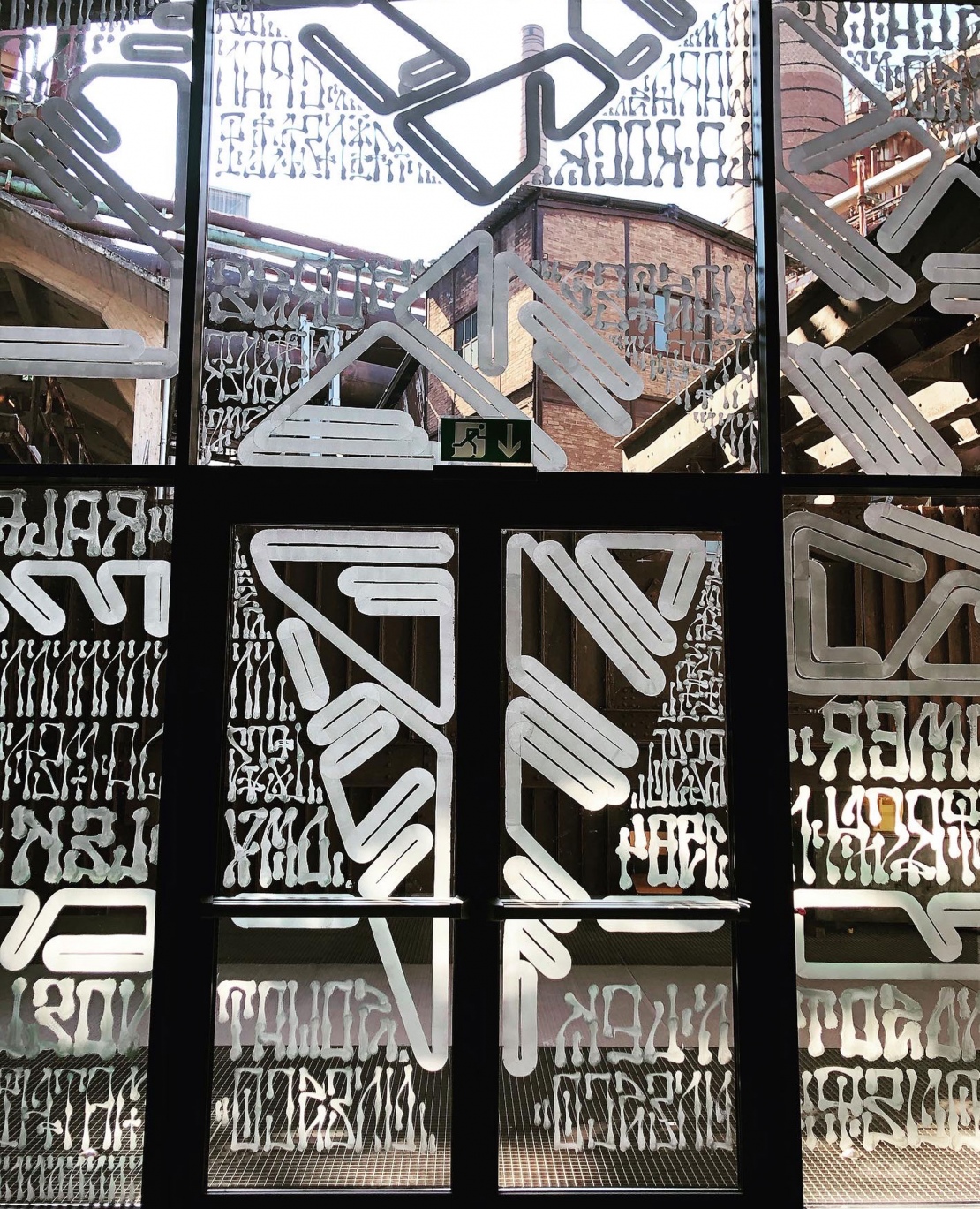 The French duo Lek & Sowat has left impressive artistic traces not only in Völklingen’s urban space, but also on the grounds of the World Cultural Heritage Site. For example, the two have mounted their work Quetzalcoatl, named after the feathered Aztec creator deity in snake form, on the glass front of the Ironworks. If you look closely, you can recognize the names of the protagonists of the Urban Art Biennale 2022 in exotic handwriting between the serpentine lines. Also to be discovered on the grounds of the Völklingen Ironworks: Lek & Sowat’s collaborative works with their artist colleagues Katre, Obsolettrismes and Sethone on the roof of the Ironworks and on the wheelhouse near the Ferrodrome. 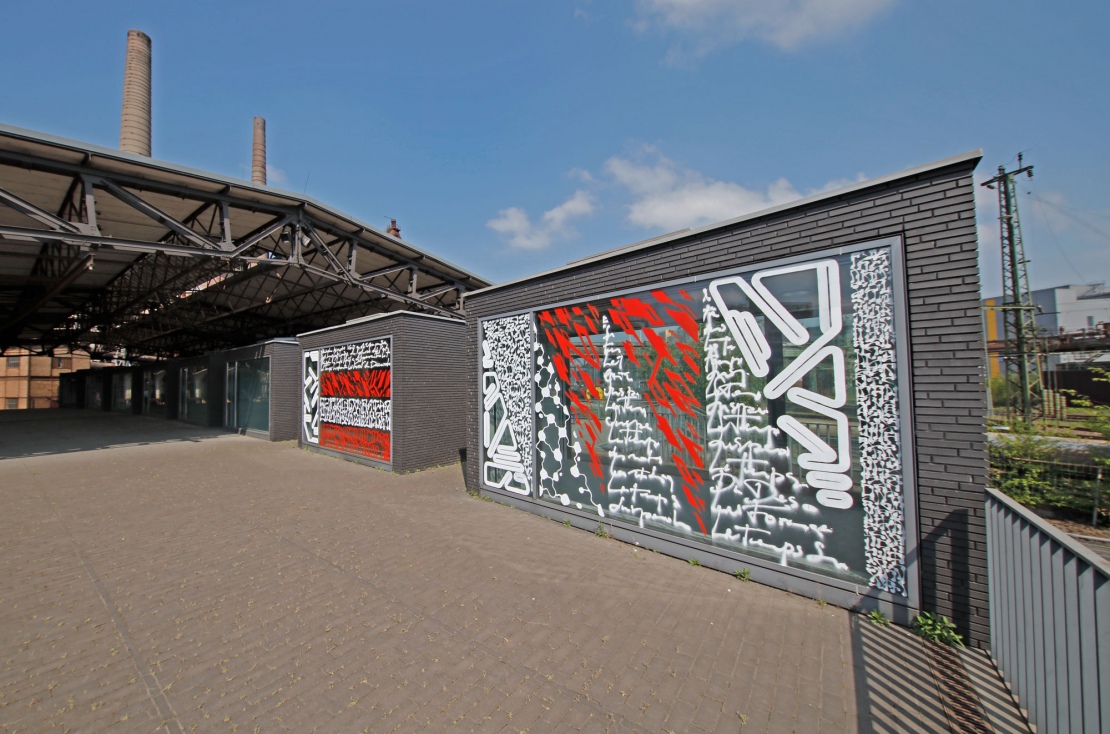 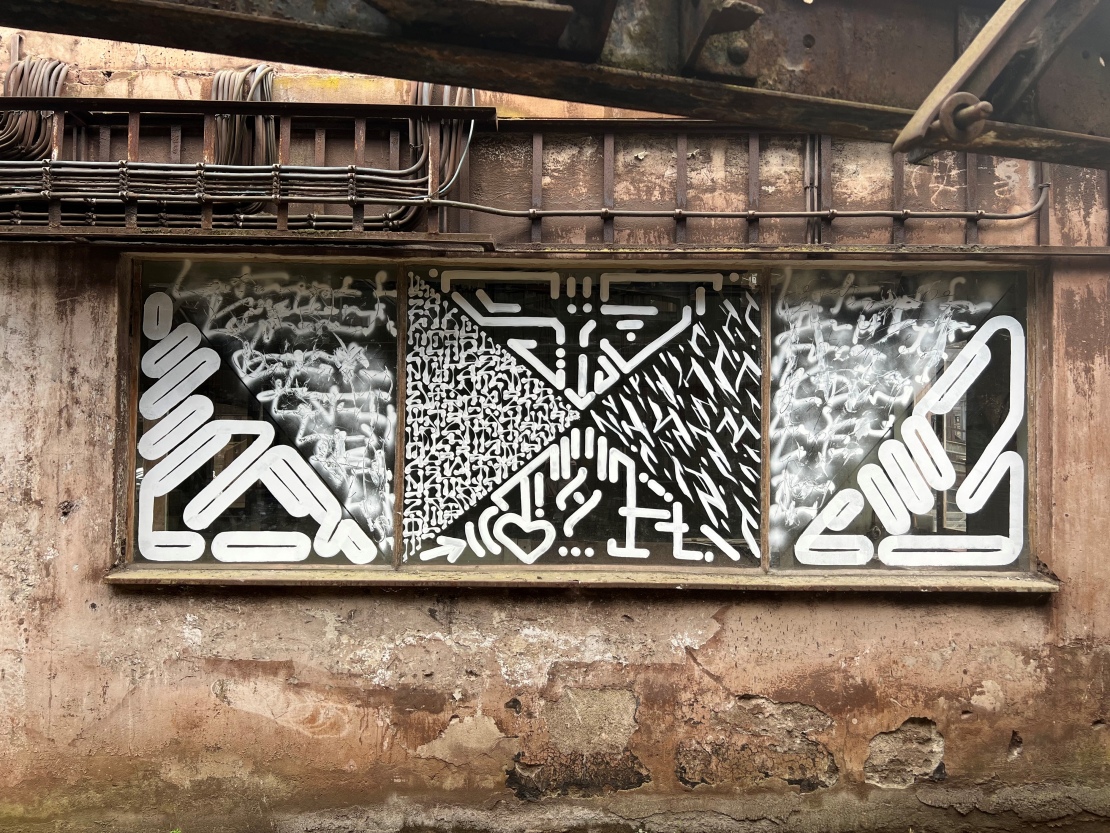