Born in 1982 in Décine Charpieu, France
lives and works in France 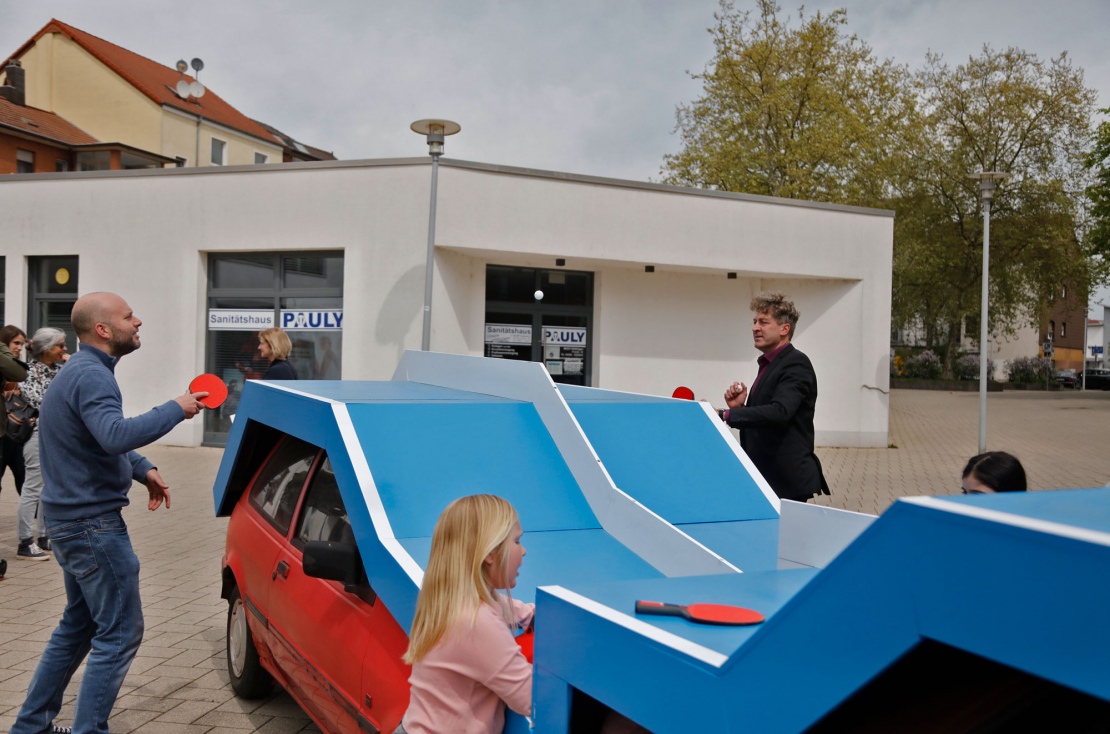 Benedetto Bufalino has two obvious obsessions: motor vehicles and playing fields. In addition to conventional playing fields, which the French artist—whom the critic Paul Ardenne also calls an “arrangeur”—unconventionally reinvents, his real playing field is the everyday urban environment. Humor is another obvious driving force: “I would like to change the world, make it funnier.” Many of his works have a sculptural quality, which is usually humorous, sometimes also with a pinch of reflection on the potential for conflict in urban battle zones globally—like a toppled bus or La voiture de police barbecue G20. Now there is a swimming pool in the buss; the police car is playing with fire and presents its upturned underbody as a grill. In Völklingen, Bufalino is taking the dead space occupied by three parked cars and building over it an unusual ping-pong table adapted to the forms of the cars. He is thus altering the playing field in a real and in a metaphorical sense. Often until there is a confrontation one does not notice such genuinely manifested utopian ideas, what is missing in the functional urban environment optimized for work and consumption. What would be the first impulse for city dwellers small and large? Run over there, get started!